Hypocrisy Watch: How About Gay Divorce?

Let's be honest -- gay marriage is not going away in the USA. If you think it is, you don't understand polling or demographics -- or both. But let's skip this issue and get to the fun stuff -- how do you feel about gay divorce? For "traditional"* opponents of gay marriage, there are  two arguments:


* By "traditional", I mean people that oppose gay marriage on a conservative view of Judeo-Christian values imposed on a state. I've yet to come across someone opposed to gay marriage rights based on solely atheistic or logical principles.
**  Just FYI, if you're using the Bible to support your stance on "traditional" marriage, you might want to do a quick count of the number of wives various patriarchs*** had in the Bible. And remember, "cultural differences" is exactly the kind of liberal mumbo-jumbo that commies and atheists use to support gay rights.
*** One-to-n, where "n" is the number of women a man can handle!
Posted by jtingermany at 11:35 PM No comments:

So, you're a Republican Congressman from Iowa, what's your key guiding pricinple? Farm Subsidies? No, that's the key guiding principle for ALL Iowa politicians. No, what separates you from those godless hippies commies in the Spend-o-crat party is their insistence on big federal government and endless federal regulation -- in two words, States' Rights. So, when a state decides to pass a law regarding the produce sold in their state, what do you do? Beg for more federal laws and regulations! Because the only thing that can save the economy is more federal government... dammit, this seems like it doesn't quite mesh with his other nutty beliefs. Specifically, the bit on his website that reads, "Federal bureaucrats are working overtime churning out reams and reams of new, burdensome regulations." Now, I'm not sure if he wrote and supported his amendment to add new federal regulations to ignore states' rights to govern their own commerce during overtime or during regular working hours, but either way, he seems to join the majority of politicians in really only believing in one principle: local pork. Jackass.
Posted by jtingermany at 11:59 PM 2 comments:

I Want to Date FISA

FISA, the court that decides on the legality of foreign surveillance, has declined 11 requests... out of 33,900 in the last 33 years.  To put this in perspective, in the same time period, FISA has said "no" less often to requests than women have to dating me!  So, FISA, can you do some outreach with single women to spread your gospel of Just Say Yes?

Here's The Daily Show's take on the issue (spoiler alert: they also think this is insane)

* With roughly the same sample size.  I use a shotgun approach to dating, not a sniper rifle.
Posted by jtingermany at 10:21 PM No comments:

We've all been there:  a follow-up meeting where the principals are astounded by some mysterious or unsatisfactory decision/result of a previous meeting -- that they attended.  For the longest time in my business career I assumed that this had a simple explanation: these people were morons*.  Until my epiphany today.

These people, most commonly middle managers, aren't morons**.  They're victims of a epidemic: Meetingnesia***. It's the silent corporate productivity killer -- follow-up meetings are spent rehashing and rearguing previously agreed-upon topics rather than accepting this and moving on. How can you tell if your coworker is a sufferer?  Here are some common statements that can clue you in:
Unfortunately, there's no cure. It's not terminal to the victim, but it tends to be terminal to their coworkers' job satisfaction.  My advice? Claim the differences are due to the Coriolis Effect -- they won't remember it, anyway.

* Or maybe forgetful. Or liars.  Or a combination. But none of these are as funny as "morons".  I love that word.
** Or, more accurately, aren't NECESSARILY morons.
*** The "g" is silent.

Posted by jtingermany at 7:42 PM 2 comments:

So, Looney Tunes lied to us -- there are no insatiable whirlwind Tasmanian Devils in Tasmania. Just big-ass feral cats that are destroying the ecosystem. Seriously, look at these things:

And how about this tabby?

I think Cartman had it right...

BAD KITTY!
Posted by jtingermany at 11:03 PM No comments: 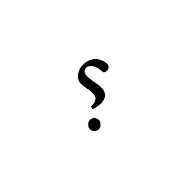